No matter how well you maintain your home, there’s always the possibility that you could experience a variety of different electrical problems, which could create significant dangers for you and your family. There are many warning signs that will alert you to the possibility of an electrical problem in your home, which include everything from a burning odor to a hot outlet.

Even a small electrical problem could become a hazard for health and may be a long-term problem, which means that you should deal with the issue as soon as possible. If you don’t tend to an electrical problem right away, it will almost certainly worsen over time, which could cost you a substantial sum of money. 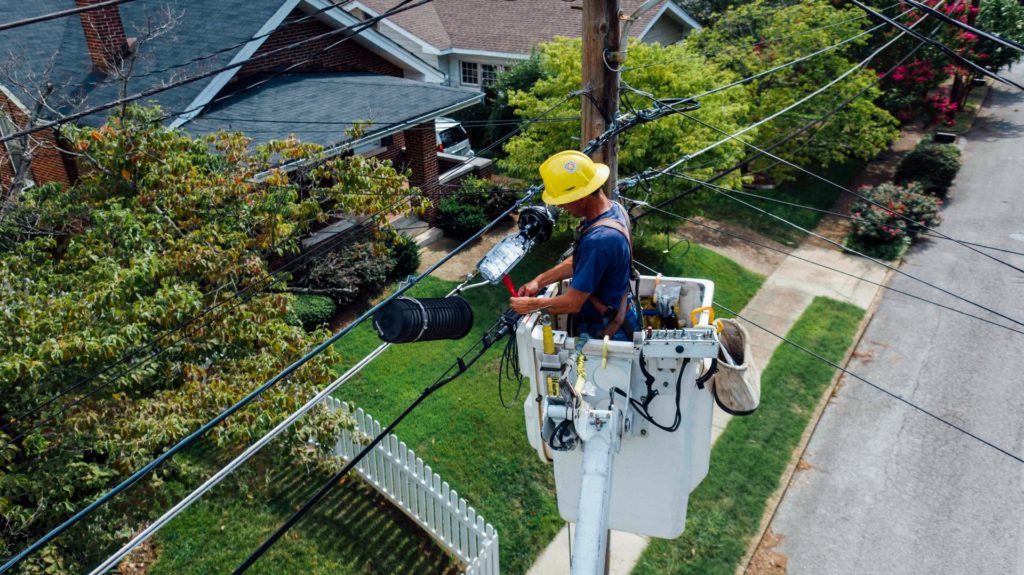 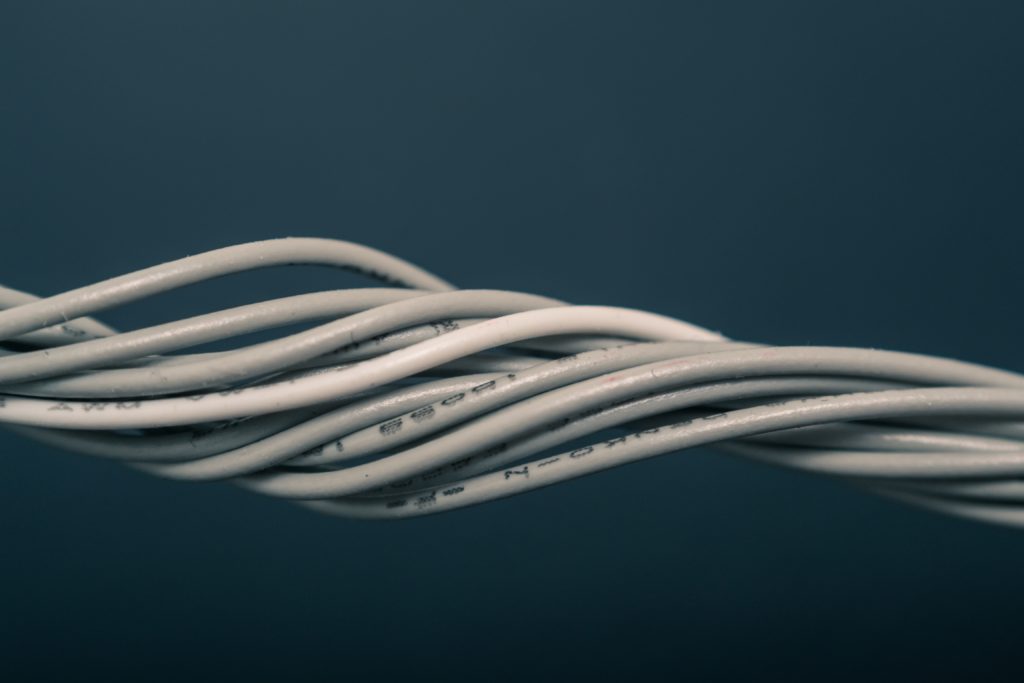 Extension cords are highly useful cables that can help you connect various devices to the plugs around your home. However, there is such a thing as having too many extension cords around the home. Most of the electrical wiring in your home is positioned within the walls, which happens for a reason. If the wiring system remains undisturbed, there’s essentially no reason for it to stop working. The same isn’t true when the cords are out in the open. It’s been found that around 3,300 fires start every year because of high extension cord use.

When these cords are used improperly, they can quickly overheat and cause a fire to occur. If ever these cords become overloaded, they can short out, become pinched, damage outlets that they’re plugged into, cause fires, and lead to tripped breakers. If you need to use an extension cord, it’s highly recommended that you do so sparingly and for only very short periods of time. Make sure that you never plug one extension cord into another or substitute these cords for permanent wiring. They are only designed to be used for short amounts of time and will overheat otherwise. It should also be noted that having too many extension cords isn’t aesthetically pleasing and will damage the interior appearance of your home. 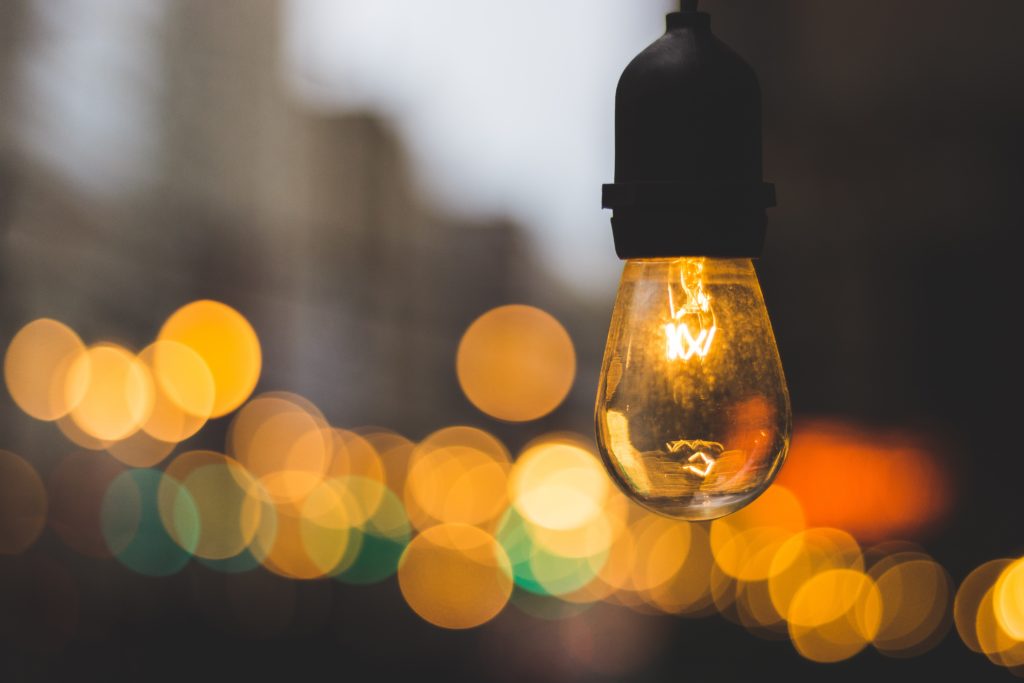 The easiest problem to fix is a loose bulb. Simply rotate the bulb clockwise to tighten it. If the bulb is already firmly secured, the electrical problem could be a sign of defective electricity or loose fixture connections, both of which will take longer to properly fix. The important thing to understand about flickering lights is that these lights only use a very small amount of energy, which means that the issue almost certainly isn’t being caused by a problem with the actual light fixture.

It’s possible that the flickering of the lights in your home is being caused by a power surge. These surges are typically brought about by certain appliances in your home using more power than your electrical system can handle, which can cause lights to flicker and may even damage your appliances. If this problem is occurring on a regular basis, it’s recommended that you hire an electrician to move the lights to other circuits or use dedicated lines for some of the larger appliances in your home. Make sure that you don’t attempt to fix this issue on your own. If the wiring in your home is faulty and is causing your lights to flicker, you could become electrocuted if you attempt to fix the problem. Instead, contact an electrician to assist you with the necessary corrections.

A very common sign that there is an electrical problem somewhere in your home is a burning odor. In fact, there’s almost no situation where a burning odor in the home would be harmless. However, it’s possible for some appliances to produce strange odors the first couple of times that they are turned on, which is perfectly normal and shouldn’t be cause for concern. In most cases, strange odors are caused by the finish or paint on the appliance in question. The more worrying sign is when an outlet or breaker panel emits a burning odor.

If ever this occurs, it’s essential that you shut off the power to the electrical panel immediately. An electrician should also be contacted straight away to ensure that the problem is dealt with as soon as possible. Doing so should allow you to avoid a fire. It’s possible that the burning odor could be caused by a wiring issue or a device that’s become faulty. There’s also the chance that the burning odor has occurred because an actual fire has developed, which you should notice almost immediately. Keep in mind that the odor might be the result of melting plastic somewhere in the home. 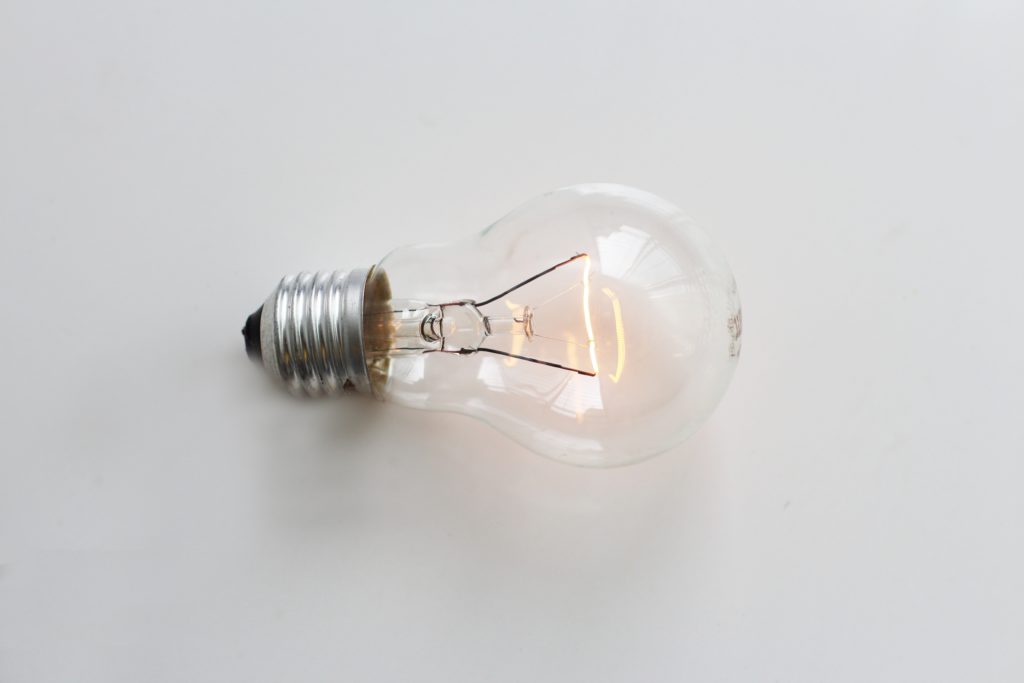 When electricity is passing smoothly through the wires and outlets in your home, everything should be practically silent, which means that the presence of a buzzing sound is likely cause for concern. This sound could be caused from loose wiring or poor outlets. If you hear these sounds right after you plug something into an outlet, you need to unplug it immediately. Whether the sound is being caused by frayed wiring or a damaged outlet, maintaining the connection heightens the possibility of sparks being produced, which could cause a fire to develop. The solution to this problem is to unplug the connection and contact a professional electrician immediately. 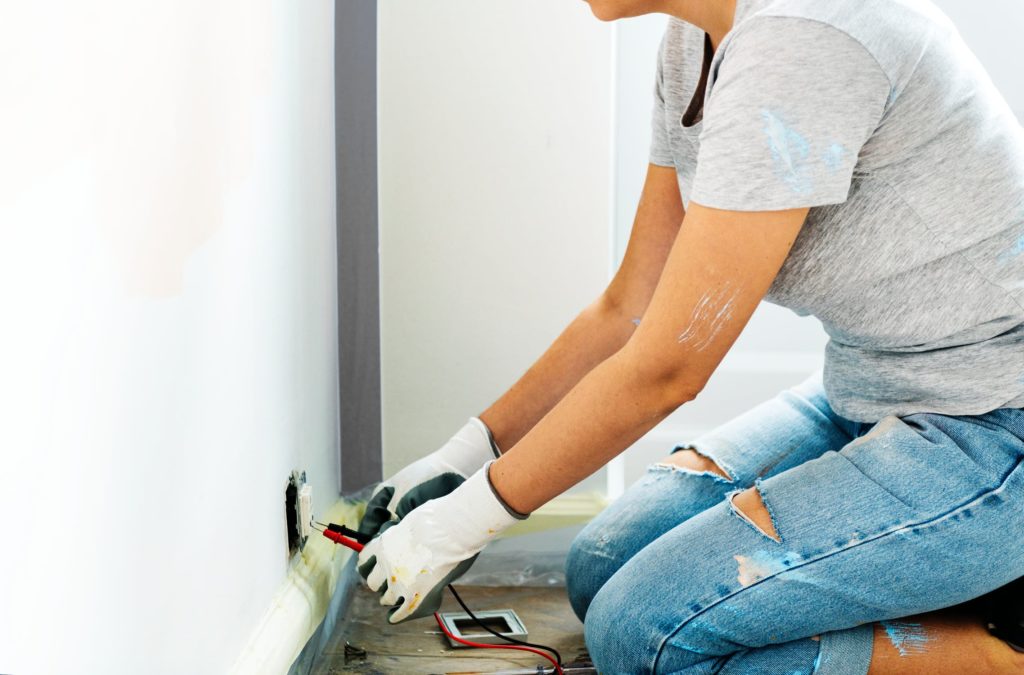 When you go to plug something into an outlet and find that the outlet moves around when you do so, this is a sign that the outlet has become loose, which is actually much more serious than it might sound. While you could always open up the outlet and attempt to secure the insides yourself, there’s a possibility of electrocution when doing so, which means that you should contact an electrician.

If you would rather fix the issue on your own, make sure that you turn the outlets off at your circuit breaker before working on them. If you don’t tend to a loose outlet quickly, the wires may fall out, which heightens the possibility of such problems as sparks and shorts. 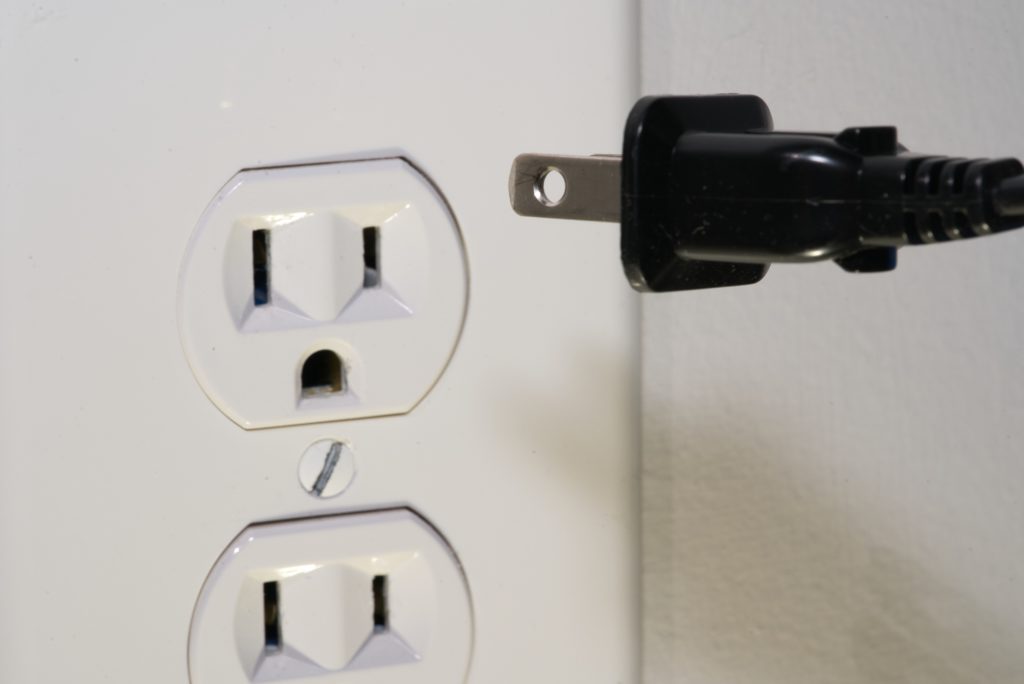 Plugging an appliance into an outlet shouldn’t cause any amount of heat buildup on the outlet or switch plate that the appliance is connected to. Even appliances that are designed for the sole purpose of producing heat shouldn’t have this effect. While a switch plate can become somewhat warm from time to time, it should never be hot. If ever an outlet becomes much hotter than you would expect, you need to turn off the appliance immediately and switch over to a different outlet.

It’s possible that the outlet isn’t wired properly and that electricity isn’t being sent to the appliance correctly, which heightens the risk of an electrical fire. Improper wiring will need to be fixed by an electrician who knows what they’re doing. In the meantime, you should consider removing the fuse for the outlet in question. 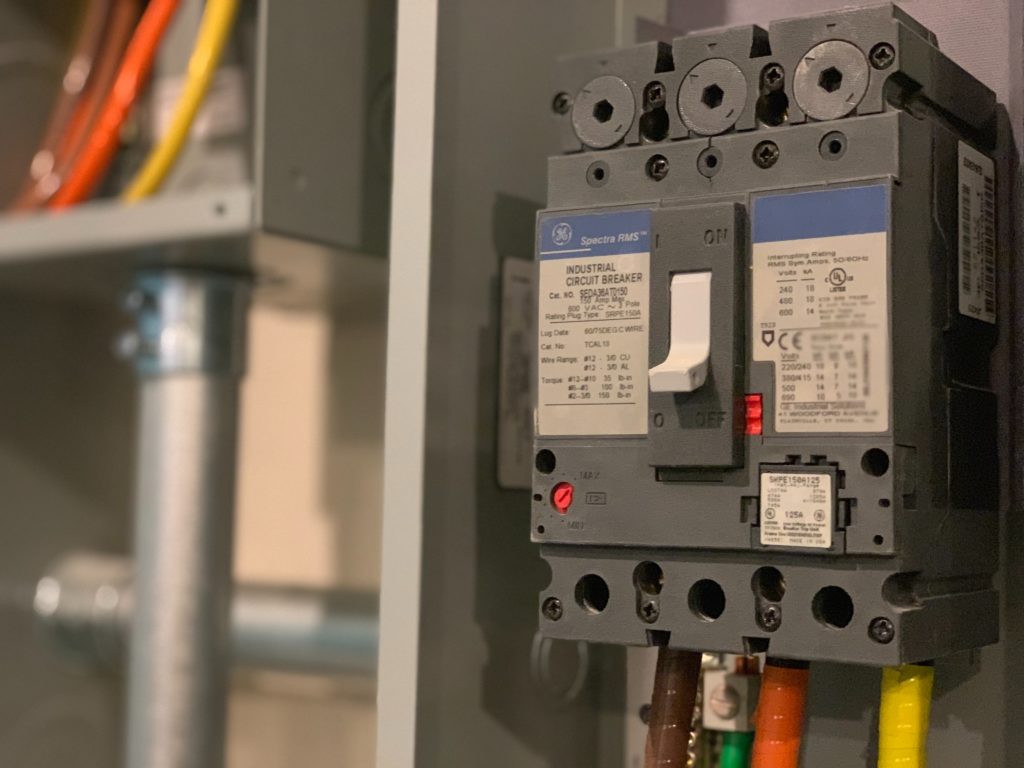 When you first purchased your home, you likely noticed that there was a circuit breaker box somewhere in your home. This box contains numerous breakers that are designed to provide you with complete control over the flow of the electrical current from one location to another. If there’s an electrical problem in your bathroom, you can turn off the circuit breaker that’s connected to this area of your home. These circuit breakers will also trip whenever a circuit becomes overloaded, which reduces the risk of a fire hazard.

Another clear indicator that you might soon experience electrical problems in your home is the presence of rodent droppings. These droppings tell you that rodents are active in certain areas of your home. While this might not seem too alarming at first glance, rodents are known for their love of chewing on electrical wiring any chance that they get.

When these mice or rats chew on the wiring, the wiring could become damaged or frayed, which increases the likelihood that a fire develops. Look out for other signs of rodent activity as well to make sure that these issues are caught early. In the event that you find some rodent droppings in your home, check the nearby electrical wiring to make sure that it has yet to be damaged. To fix this problem, you’ll likely want to contact a reputable company that offers rodent control services.

When you move into a new home, one of the first things that you should do is focus on preventing any electrical problems before they become an issue that damages your home or puts your health at risk. Taking the steps to identify potential electrical hazards immediately after you move in should save you a significant amount of time and money in the long run.

If you’re interested in moving to Tucson and are searching for your dream home, call our team of real estate professionals today for assistance in the process!