Tucson is a very exciting place to live that offers residents many things to see and do all throughout the year. From the intriguing Arizona-Sonora Desert Museum to the spectacular shops situated on Fourth Avenue, you’re certain to find numerous events and destinations around the city that interest you. Yearly events are held throughout Arizona, many of which take place in Tucson because of its position as the central hub for entertainment and recreation in the state. The community of Tucson is responsible for holding a wide variety of events and attractions throughout the year that you might want to attend.

In August alone, Tucson will be hosting the Water Lantern Festival and the Sky Lantern Festival, both of which have proven to be highly popular among Tucson locals and tourists alike. Each event offers many hours of fun and activities before a beautiful lantern show concludes the event. Before you attend one of these events, you might want to learn more about what the event entails and what you should bring, all of which is detailed in the following.

A lantern festival is an ancient festival that first began more than 2,000 years ago in China. During that time, the lanterns were very simplistic save for the more ornate ones that were held by noblemen and the emperor at the time. In China, these festivals are celebrated in accordance with the first month of lunisolar Chinese calendar, which means that the festival typically occurs in late February or early March. During the Chinese lantern festival, children will carry paper lanterns around and try to solve complex riddles that are found on the lanterns. 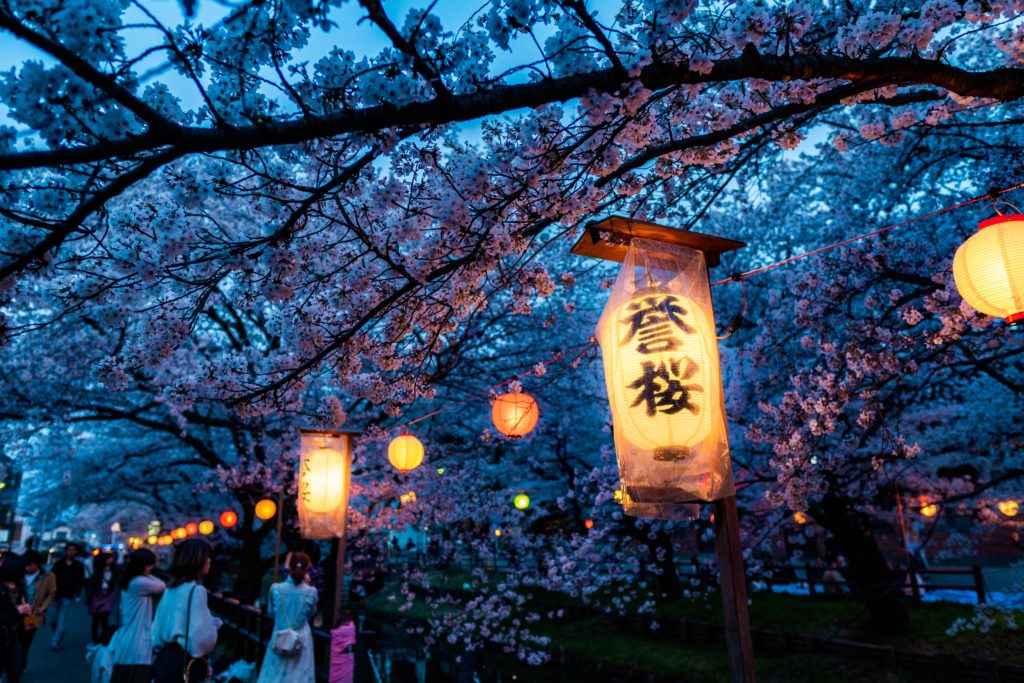 When looking specifically at the Water Lantern Festival, the messages that are written on the lanterns can be anything from writing down stressors that you want to get rid of to making a wish that you want to release into the universe. The same is true for the Sky Lantern Festival. While the method of releasing the lanterns is different, the purpose is the same, which helps to give both festivals a very positive and hopeful atmosphere to everyone who attends. While both of these festivals may sound similar, the actual lantern show is decidedly different, which is why it’s highly recommended that you attend both if possible.

The Water Lantern Festival is set to be held on August 3, 2019 at 4600 N Silverbell Rd. This fun and exciting festival officially begins at 5:00PM and lasts until 10:00PM. However, the park is open in the early afternoon hours to provide early visitors with the chance to relax and listen to some great music. If you want to place a lantern in the water, you’ll need to be prepared to stay for the entire event or simply arrive towards the conclusion. During these five hours, the park will be filled with wonderful games and activities that you can partake in, which include yard pong, face painting, and corn hole. There should also be some local bands playing music throughout the majority of the festival.

While you walk around the park, you’ll also notice that numerous vendors are advertising their food or items for you purchase, which means that you should expect all of the best festival food like hot dogs, corn dogs, cotton candy, funnel cakes and caramel apples. When you’re arriving at the festival, you’ll likely need to pay a small amount of money for parking. However, full parking info isn’t available until a week before the event. It’s also important that you bring the right items with you to get the most out of the event. While the grass at the park will likely be comfortable, you should bring a blanket or some chairs to sit on. Since there will be a significant number of vendors in the park, make sure that you have some cash with you. Setting off the lanterns makes for a highly picturesque moment, which is why you shouldn’t forget your camera or phone when you’re heading out.

Once you arrive at the festival, you’ll be provided with some basic items, which include an admission ticket, a marker, a full lantern kit, and a surprise gift. General admission to the festival typically costs $75 but is currently available for $55. Children ages 6-12 can get a ticket for $15. You can also buy some additional lanterns for $15 apiece. Keep an eye on the local weather forecast if you’re set to attend this event. If it’s going to rain on that day, the event will be postponed to a later date.

If you want to arrive at the event right when the lanterns are going to be released, the launch times tend to vary from year to year. In general, the lanterns are launched around 30-45 minutes after the sun has set. You should also know that outside food, drinks, and lanterns are not permitted. When you’re preparing to write out your messages on the lanterns, you’ll find that there are many fire pits situated throughout the park, which are perfect for relaxation. The lanterns are situated on a lightweight wooden base, which allows them to float once you place them on the water. If you’ve never been involved in a lantern festival, this should be an event that you won’t soon forget. 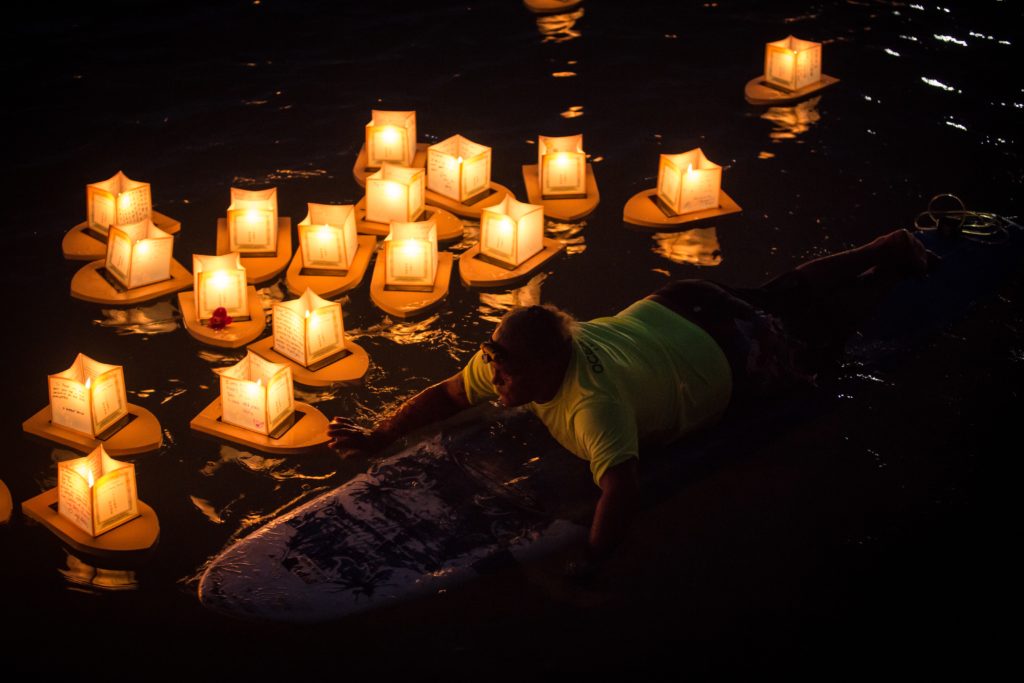 The Sky Lantern Festival is set to occur on Saturday, August 31 at 4600 N Silverbell Rd. in Tucson. The main features and events of the festival will be held from 5:00PM until 10:00PM. However, the park will open during the early afternoon to allow visitors to enjoy the park and some music while they relax. Local bands will be playing live music throughout the entirety of the festival until the sun goes down and the releasing of the lanterns occurs. Just before the sun goes down, the staff at the festival will explain how to safely release the lanterns, which should help you avoid making any mistakes when the time comes.

Once you arrive at the park, you’ll notice that there are dozens of food and merchandise vendors that offer everything from home goods to apple pie and corn dogs. Many local restaurants will have a spot at the park where you can sample their food. There are also going to be an array of adventurous games to play and activities to participate in while you wait for the main attraction. Along with standard corn hole, bounce house, and yard pong games, you can also partake in face painting or an exhilarating challenge course that’s certain to give you a workout.

Admission to the festival costs $55-$75 for a standard ticket and $15 for children between the ages of 6-12. When you’re set to attend this event, you’ll want to bring some chairs or a blanket to sit on. Cash will also be needed for parking as well as vendors. If the forecast calls for a chilly evening, don’t forget to wear some warm attire. Once you arrive at the festival, you’ll be provided with your ticket of admission, the sky lantern, a marker to write down messages, and a small surprise gift.

When you notice that the sun is beginning to set, take a seat around one of the many fire pits throughout the park. These fire pits mark the locations where the lanterns are going to be released. These lanterns don’t have a base to them, which effectively allows them to act like hot air balloons. Hundreds of lanterns will be sent into the air at the same time, which will light up the night sky for a truly breathtaking experience. As is the case with the water lantern festival, these lanterns are typically released around 30 minutes or so after dark. If you’re only going to be arriving at the festival to attend the lantern show, it’s highly recommended that you arrive at least 30 minutes before dark, which will give you enough time to set up your lantern and get ready to release it into the sky.

Remember that the message you write on the lantern can include anything you want it to. Whether you’re celebrating a new wedding or wish to give a message to a loved one of yours who has recently departed, these lanterns offer ample space that will allow you to write down lengthy paragraphs if you choose to do so. If you want to write out several messages, you could consider purchasing additional lanterns for $15 apiece.

Tucson will always have many exciting events year-round for family and friends. If you are interested in moving to this wonderful area or looking to sell your Tucson home, feel free to contact our local team of Tucson real estate professionals at Grogan & Grogan Tucson Luxury Real Estate! 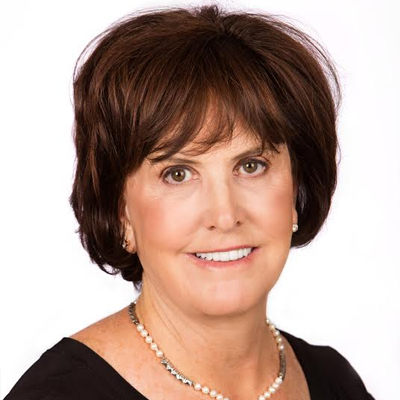 The luxury market is Susanne’s specialty. And over the years she has consistently maintained the highest average sold price in the entire city. Although she has a strong presence in the Tucson Luxury Market she enjoys working with clients at all price points, from first time buyers to retirees. Susanne is widely known throughout the greater Tucson area for her professionalism, dedication to clients, and deep knowledge of the real estate market.

Disclaimer: We do not claim ownership of any media used in our blog posts and we do our best to use only royalty-free stock photography, content licensed from other third party apps or social media, and content that we've produced in order to provide our visitors with the best possible user experience. If you are the owner of any content used on our website and would like us to remove your content, please contact us immediately and we will promptly remove this content from our website. Thank you.